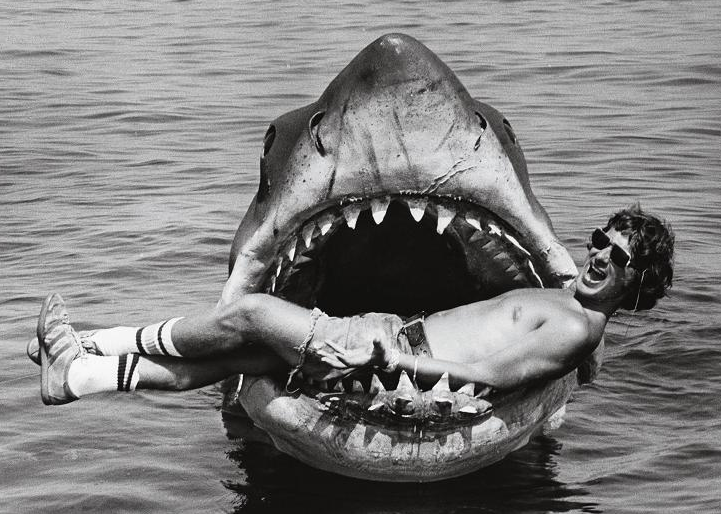 The Steven Spielberg movie Jaws is widely renowned as a classic masterpiece – but did you know just how close it came to failure?

It really is a fascinating story and I’ll share it with you today because the way Spielberg dealt with every twist and turn during the production of this movie, is quite frankly mind-blowing.

In my opinion Spielberg (and his attitude during this process) demonstrates what it REALLY means to commit to success.

Spielberg was given 65 days to shoot Jaws – a movie that was to centre around a ferocious, great white shark. Eager to start, the production team went to work to create the mechanical version of the movie’s centre star – the great white.

The entire crew flew out to the location and the team started to test the mechanical shark in the water. Enter hurdle number one. The mechanical shark was slightly more difficult to create than Spielberg had originally anticipated.

Every single day during shooting the shark would break down.

When your movie is purely about a shark (that you can’t film because it keeps breaking down) you are left with a slight problem no?

Whereas most people would give up at this point – Spielberg chose to adapt. In-fact he had to re-write the entire script each and every night after a long day of filming. What’s interesting about this twist is that he talks about how this unseen hurdle in-fact made the whole writing process very collaborative, as he and the writers would work together (with even the actors getting involved too) each night to alter the script so it no longer featured quite so much of the shark.

Spielberg would never know at this point just how much of the movie’s success would be attributed to the new version of the script. As the mechanical shark could not be filmed anywhere near as much as in the original script, Spielberg had been forced to make some big changes.

Instead of visually showing the shark throughout the movie, he decided to focus the movie on the ‘fear of the unknown’ and how the frightening thing is not what you can see in the water, but what you can’t see. This created the famous footage in the movie where you see the surface of the water and the Jaws victims slowly sinking underneath – but with no sign of the shark its-self. Many critics today feel that it was this focus on the ‘fear of the unknown’ that truly made the movie so frightening.

This process of changing the script significantly delayed production – and Spielberg recounts how every single day he would get a call from a Universal Pictures exec threatening to fire him. Bearing in mind this was Spielberg’s first ever feature film (at the grand age of 27 years old!) – he didn’t have much influence when it came to the movies in those days.

Enter the next big hurdle: one of the main boats that they were using to film, actually sank! That’s right – the boat literally sank and had to be rebuilt. Not only this – but due to unforseen torrential weather, the crew had to work tirelessly through horrendous storms.

But the hurdles didn’t stop there. During one particularly difficult scene one of the actors they were filming in a cage underwater alongside the mechanical shark had a heart attack while under the water. Thankfully he was resuscitated and all was OK again.

After many, many challenges, twists and turns, the movie was finally complete. It was millions of dollars over budget and had taken 157 days to shoot instead of the projected 65 days.

The crew described the whole process as ‘going through hell’ – but one man got them through it. Steven Spielberg, despite all of the odds was able to rise above every single challenge that was thrown at him, he was able to believe in himself even though no one else did and he chose to adapt and turn a movie that could have seen him falling flat on his face, into one of the most successful movies of all time. Jaws opened with a $7 million weekend and recouped its entire production costs in just two weeks.

Spielberg still to this day has nightmares about making the movie. The award winning director admits that he rarely talks about the movie because of the painful memories of the horrendous weather, crew fights and the broken shark:

“There are no memorable moments. Just alot of moments I’d rather forget. When things turned ugly towards the end of the shoot and the weather turned bad and the shark started sinking tail first, head straight up like the Titanic, all we could do was laugh.”

Moral of the story

And so the moral of the story is – next time you look at something successful and assume it was ‘luck’ or ‘easy for everyone else’, remember Jaws and what it really takes to succeed.

But also remember how something as simple as your attitude can make the difference between success and failure. I wonder how many chances Spielberg had to give up – and how many times he flew in the face of fear and kept going anyway.

And as a final thought – have faith that sometimes we may not know how to reach an end goal (just like Spielberg when the mechanical shark broke down) – but this is often where the magic happens.

Spielberg often ponders if the shark had worked fine, would the movie have been the huge success it is today? Probably not.

Simple Life Strategy: How to Adopt an Attitude like Steven Spielberg

Here are 5 simple steps to get you adopting a winning attitude just like Steven Spielberg:

2. Be willing to adapt from your original plan

3. See challenges as opportunities instead of problems

4. When the going gets tough…keep going! (and remember to laugh)

5. Believe in yourself – even when no one else does