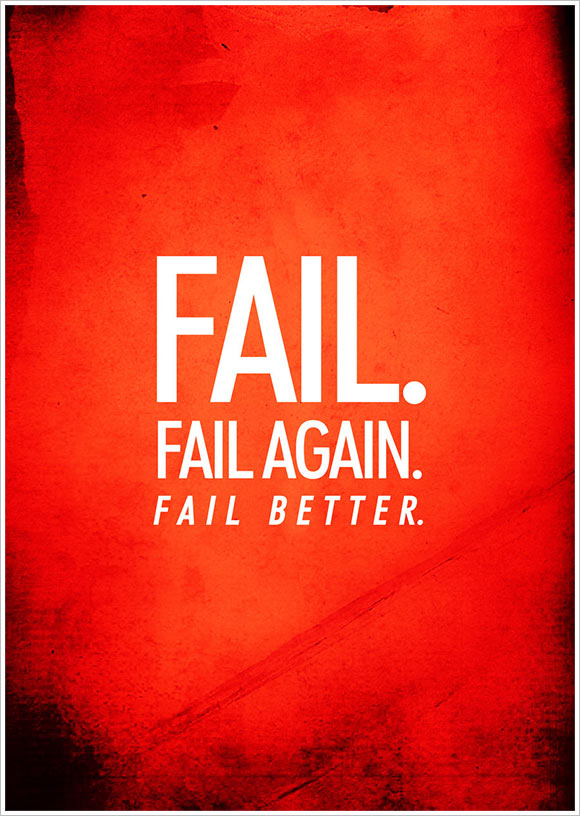 Imagine if Thomas Edison had given in to failure…we would still be living in darkness.  If Henry Ford had given up we would still be riding on horseback…if Michael Jordan had hung his boots up…Nike would have been just another sports brand.

If you look back at all of the most inspirational innovators, sportsman, geniuses & icons throughout history they all share a common thread – they simply don’t believe in failure.

“Success is the ability to go from failure to failure without losing your enthusiasm.” Winston Churchill

“Failure is only the opportunity to begin again, only this time more wisely.” Henry Ford

“I’ve missed more than 9000 shots in my career. I’ve lost almost 300 games. Twenty-six times I’ve been trusted to take the game winning shot and missed. I’ve failed over and over and over again in my life. And that is why I succeed.” Michael Jordan

Successful people understand that failure is a pre-requisite for success and the sooner you buy into that the quicker you’ll reach personal success & happiness.  Each failure you make is one step closer to success – as long as you learn from your mistakes of course! The definition of insanity is ‘to do the same things over and over again and expect change’.  So it’s not good enough to simply keep failing at the same things – the purpose of failure is to become more wise through experience and only by learning what doesn’t work, can we learn what does work.

“Our greatest glory is not in never failing, but in rising every time we fail.”

So model your great ancestors and learn to love failure!

If you’re keen to understand exactly how to overcome your personal failures using techniques created by the most successful people on the planet, then contact me to find out more about my coaching programs.

Know someone who is feeling down from failing? Send them this article to cheer them up!