How to Think Yourself to Success | Simple Life Strategy 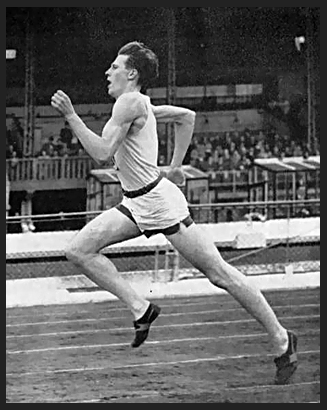 Have you ever been told that you can’t do something? That it’s just not possible? Has this deterred you from even trying?

In 1954 it was common knowledge that it was not possible to run a mile in under 4 minutes. It was believed that scientifically, the human body was just not capable of moving this quickly. The record of 4 minutes and 1.3 seconds had withstood for 9 years since 1945.

That was until 24 year old Roger Bannister came along. Driven by his unnerving belief in himself and his abilities as a runner, Roger was determined to prove the critics wrong and beat the 4minute mile record. On 6th May, 1954 Bannister did just that and ran a mile in 3 minutes and 54 seconds.

Now what’s interesting about this story is not that Roger broke the record – but what was to follow. 2 months later, 2 more runners broke the 4minute mile. And within a very short period of time, more and more people broke the ‘4minute mile’ myth.

But what had changed? Scientifically, nothing had changed in terms of human performance. There were no new techniques or specialist skills that could be attributed to this enormous leap in performance.

The only thing that had changed was the ‘mental perception’ of what was possible. You see, when Roger Bannister broke the 4minute mile record, he also broke down the boundaries of what people believed to be possible. And this is why so many other runners, also very quickly beat the 4 minute mile after that first win in 1954. They now believed it was possible for them too.

“We are boxed in by the boundary conditions of our thinking”

And I agree with him. We are limited not by our physical capabilities but by our mental limitations. If we place boundaries on what we can achieve with our thinking then it’s highly unlikely we will ever achieve. Successful people are acutely aware of this, which is why the most successful people have an unnerving belief in themselves and what they have set out to do. They don’t care what other people believe is ‘possible’, they only care about their own beliefs. And it’s this drive and focus that sees them succeeding in life.

The moral of the story is this:

Simple Life Strategy: How to think yourself to success

Know someone who could do with some inspiration? Share this article with them!

If you’re keen to understand more success secrets, contact me to find out about a bespoke coaching program.