Are Your Beliefs Blocking You in Life? 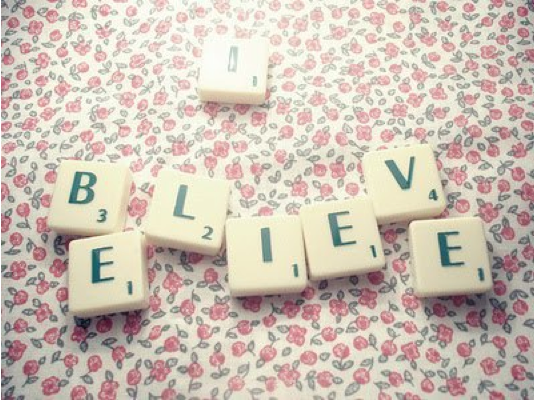 Have you ever stopped to consider how your beliefs are impacting your life?

The truth is, whether we realize it or not – our beliefs drive everything that we do. Beliefs affect our outlook on all major aspects of life including money, career, family and romantic relationships.

The Danger of Outdated beliefs

The unfortunate reality is, as we get older we often find ourselves stuck with out-dated belief systems that we may have picked up from childhood. These beliefs may have been useful as a child, but often they can block us from living happy and fulfilled lives as an adult.

Let me give you an example:

As a child, John’s family had very little money. He watched his mother and father struggle all their lives just to make ends meet. He would often hear them talking about how hard it is to make money. As a result, without realizing it, John picked up his parents beliefs about money. This meant that as an adult John also believed that it would always be super tough to make money.

How and why is this a problem?

I’ve talked before about the power of thoughts when it comes to successful living – and this rings true for beliefs. If John believes that it’s difficult to make money then it’s likely he will in-fact have difficulty making money.

If you think about it – John’s belief is ultimately a negative thought process, and research has shown that negative thoughts block the mind from operating effectively. The point is, we get what we focus on. So if John is 100% focused on how hard it is to make money then that’s what he’ll get. His negative belief will block his ability to make money.

It’s really quite simple: when we have negative beliefs, we block the brain’s ability to come up with solutions and this results in a self fulfilled prophecy.

Our beliefs impact our success in life

The problem for most people is that they are completely unaware of their own beliefs and how they are negatively affecting their lives. If you have ever felt blocked or stuck in life, then it’s likely you are dealing with an out-dated belief. I cannot stress enough how much negative beliefs will stop you from getting what you want in life. If you have ever wondered how successful people get ahead, a large part of their success is down to their beliefs. Every single person who you have ever admired in life – whether they are an actor in a movie, an Olympic athlete or a successful entrepreneur; I can guarantee you that they will have done work to reduce negative beliefs with positive ones.

The simple fact is:

Here are a few of the most common negative beliefs that hold many many people back in life:

If you recognize any of these negative beliefs, then it’s time to be honest with yourself and make some changes.

Science proves our beliefs can change

The good news is – we are not stuck with our beliefs forever. I wrote some time ago about neuroplasticity, which is a new scientific phenomenom whereby the neural pathways in the brain can change. For over 400 years scientists believed that the core structure of the brain could not change and that people were stuck with beliefs for their whole lives. Neuroplasticity however, has shown us just how malleable the brain is and how it can grow completely new cells and neural pathways even during the later stages of life. This means that not only can we change old beliefs we can choose to change our level of intelligence at any moment in life.

To really understand neuroplasticity, I recommend reading my fascinating story about Dr Jill Bolte Taylor; a neuroscientist who lost half of her brain in a stroke and then worked to re-grow her own new neural pathways from scratch. It really is an incredible story.

In addition to the discovery of neuroplasticity, recent developments in Neuro Linguistic Programming (NLP) have identified ways to unlock old beliefs and replace them with more useful new ones. I’ve studied a diploma in Neuro Linguistic Programming and it’s really ground breaking, fascinating work. If you haven’t come across it before – NLP is essentially the study of the mind and it uncovers many effective processes to deal with negative thinking and developing a success mindset. There are some incredibly effective NLP techniques that I still use in my coaching programs to this day.

The point is, all of these new scientific discoveries have proven that we no longer have to be trapped by our old beliefs. This means that if you have found yourself coming up against the same issues time and time again – you now have the chance to change things up. You have control over what you believe in – it’s your life after-all.

Perhaps it’s time to take your old beliefs to the trash today?

In my opinion the most effective way to change beliefs is through using NLP processes that use the subconscious mind. Unfortunately I can’t share these in this format because they need to be processed in person or via an in-depth online training program.

What I will do is provide some tips to start the process of breaking down old beliefs. If you really are serious about changing your beliefs then I suggest you find a coach who resonates with you and work with them on a one to one basis. Please do feel free to email me if you have any questions or are interested in working with me to change your old beliefs.

1. Become aware. The first step is to identify your existing unhelpful beliefs. Start to notice your thoughts and look for any negative beliefs – especially ones that are obviously linked to your childhood.

2. Qualify the belief. Ask yourself – is this belief really true? Or is it just an out-dated belief? Just because you have a negative thought – does not mean it’s 100% true.

3. Let go. Start to let go of just one outdated belief. Know that you don’t have to believe it and you have the power to change it for a more useful one.

If you found this article useful please share it with others.