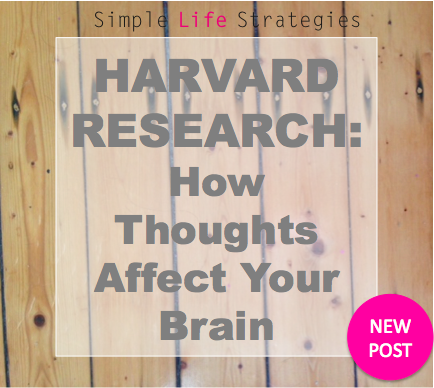 I recently came across a fascinating interview with Dr David Hamilton – a Scottish scientist who specializes in research about the mind and body. I’m going to share with you what I consider to be some pretty groundbreaking insights from this interview, that I hope will encourage you to change the way you think on a daily basis.

Playing the piano in your mind – Harvard research study no.1

David talked about a piece of research by Harvard University that focused on how thoughts affect the structure of the brain.  Two groups of people were studied; both groups were people of the same intellect all of whom had never played the piano. One group was given the task of playing piano scales every day for a certain period of time. The other group was given the task of merely thinking about playing the exact same piano scales as group one. They were never to actually play the scales, just to think about playing them.

The results were really quite incredible. All participants had been scanned before the study to measure their brains prior to any activity. After the study, the brains of both groups of participants were scanned again to measure any structural changes to the brain as a result of the piano playing (both imaginary & real).

What’s astounding is that BOTH groups of participants showed that the part of the brain that corresponds with finger movements (from piano playing) had considerably grown. So, even the group who had only thought about playing the piano had also changed their brains as if they had physically been playing the scales.

Flexing your finger in your mind – Harvard research study no. 2

This isn’t the only piece of research that concluded a relationship between our thoughts and our physiology. Harvard conducted a second research study where two groups of participants were engaged, with one group tasked to flex their finger each day for a period of time for a number of weeks. As before, the second group were asked to only think about flexing their finger for the same period of time.

These are hugely important findings! Especially when it comes to understanding the science behind our thoughts.

The most exciting thing for us all is this:

We have the opportunity to change our lives just by changing our thoughts.

Think about it. If the Harvard research has shown that you can increase your strength just by thinking about it, what other areas of your life can you change for the better simply by thinking about what you want?

I’ve always recommended using positive visualizations when goal setting with my clients because I know that this has really strong results both from a motivational perspective and also from a law of attraction perspective. I mentioned this in my last post, but if we want something to happen, the first thing we need to do is think about it happening. Then, only then, can we go about making it happen in real life.

The problem most of us encounter is that we set goals, and forget to do the preparation work. We forget to spend some time imagining the goal coming to fruition. In my opinion, this is a priceless step.

So today, I would urge you to set yourself a new goal, something that you’ve always wanted to achieve and to spend some time just imagining it happening. Notice how motivated you feel afterwards? Notice how much easier it feels to now go after that goal?

Here are a few ideas:

Simple Life Strategy: How to Use Your Thoughts To Change your Life

1. Pick a goal. Choose something that’s realistic, but that you have always wanted to achieve.

2. Spend 5 minutes each morning over the next 2 weeks imagining yourself kicking your goal. You can set yourself a reminder on your phone if you need to discipline yourself.

3. Imagine different scenarios each day where you are enjoying the feeling of having reached your goal. Notice how this powers you forward.

4. Believe in yourself. You will only reach your goal once you believe you can do it.

5. If you find yourself doubting any of this, remember the research from Harvard – it has been proven by revered scientists that our thoughts literally change the structure of our brains!

If you found this article interesting, please share the love!