What to Do When You’re Feeling Overwhelmed (5 simple steps) 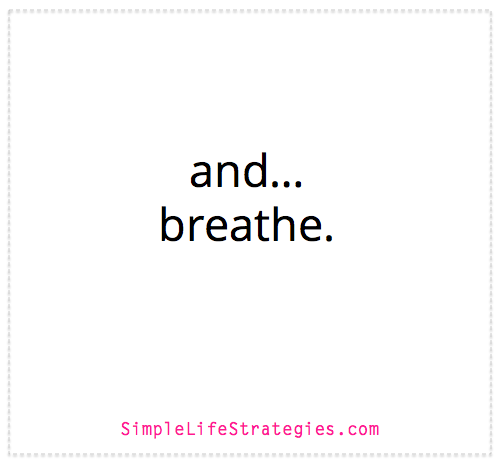 Have you ever had so much going on that your mind just feels like a big gooey mess?

You know – those days, weeks, months when you’ve got so many things piled up on your to do list that you can’t even think straight to pick just one thing to get done?

If you’re an overachiever or an ambitious kind of person (like moi), overwhelm might just be your arch nemesis.

But listen up, because I’ve learned that there are a few proactive things you can do to bring your friend overwhelm to it’s knees.

Being honest with you, I have always suffered from overwhelm. Maybe you have too? I think it has something to do with my passion for life. There’s so much to see, do, plan, that every now and then it can be easy to just go a little too far.

But what I’ve learned is that it really pays off to learn how to deal with overwhelm but also how to stop it in its tracks before you even get to the point of no return.

What is overwhelm costing you?

The thing we may not realize is, we pay a hefty price for entertaining the likes of Madame Overwhelm (I’m not sure why she’s a Madame but it feels right so I’m going with it ok). That’s right – Madame Overwhelm doesn’t come for free.

Let me ask you a question. The last time you were overwhelmed, just how much did you get done?

Overwhelm messes with our productivity

Not only this, it also costs us our state of mind. For Madame Overwhelm is the ultimate perpetrator of the dreaded melt down. You know that day when you have a little melty melt down, the wheels come off and it feels like the world is against you in an epic plot to make your life crumble.

Why oh why does this happen? Because Madame Overwhelm clouds our vision and blows things out of all proportion. You know the saying – mountains out of molehills? Suddenly small-ish problems become huge, ‘oh my god’ how will I ever cope with this’ issues on a grand scale.

To be honest – we just get a bit caught up in our own nonsense. We forget that there’s a whole world out there with much bigger problems than what we’re facing. And the irony is that usually the problems we’re facing are not even real.

Because often when we’re in overwhelm, we’re worrying about things that haven’t even happened yet. We’re looking into the future and asking ourselves ‘how will I ever get it all done?’

Well you know what – you won’t if you keep getting caught in the future! The secret is to get out of the future, and into the present. Just pick one thing to get done and before you know it you’ll be in the zone and ticking things off your list without even realising it.

The importance of making space

I have to say, one of the most life changing things I ever learned about dealing with overwhelm was this:

I used to have this habit where I’d just take on thing after thing after project after commitment and then I’d wonder why I was suddenly overwhelmed?

We have to make room for new things to come into our lives. So now, before I take on something new, I look at where I need to make space for this? What needs to give so I can make room for this? And what I’ve found is that if you can do this, Madame Overwhelm doesn’t even get a chance to get going.

And if I look back at those times when I was caught in the grips of overwhelm, it’s usually because I had no room to breathe. I had taken on so much that I literally had no space to think straight.

So now, I make breathing space a priority. And guess what? I get overwhelmed less. Isn’t it fascinating how most things boil down to a simple equation? Why we humans over-complicate things I know not.

So I have a couple of questions for you. Are you ready to send Madame Overwhelm packing? And if so, how can you make some space today?

Simple Life Strategy: How to Kick Madame Overwhelm to the Curb

Tell me, what are your experiences with overwhelm? I’d love to hear from you in the comments below.

Right I’m off to clear some space and cancel some items on my to do list!

P.S. Psssst I’m getting married next week! In-case you don’t hear from me.