Yesterday I had the pleasure of spending 45 minutes chatting to a rare breath of fresh air otherwise known as ‘The Dancing Man.’ That’s right, Tommy Franklin is famous for one thing – dancing. But he doesn’t just dance, he really dances, in the street, in the car, wherever the moment takes him.

So what’s so special about that?

When Tommy dances, he does one thing that most people are afraid to do: he dances like no ones watching. Check out the video to see what I mean. 180,000 people can’t all be wrong.

Tommy will be sharing the story behind his dancing fetish this Sunday at Soul Sessions in Sydney, but before I can report back on that here’s what the man had to say about life, fear and his message for the world.

Before I could get a question in, Tommy playfully fired questions at me:

“What do YOU love? Tell me about you? What inspires YOU? What do you do in your spare time?”

This kind of sums up Tommy’s natural loquacious nature and the way he looks at life in general. He doesn’t follow any rules and he’s genuinely interested in other human beings…in my opinion he’s alot more than a guy who dances in the rain in a suit, he’s an inspiration to those of us who are feeling a little lost or uninspired about life.

Tommy: “So many people have so much goodness in them. Gold, everyone has gold in them. Everyone has skills! Everyone has something to bring to the table and it’s just an honor for me to share what I have to give.”

Zoë B: So, what are you passionate about? (except dancing obviously…)

Tommy: Yep. Dancing….thinking outside of the square. Helping people take a deep breath and to let go of the shit that’s been thrown at them. Helping people realize that you can be yourself and do what you want and when you want. What people think of me is none of my business!

Ya know, I get nervous about things. Sure. It’s a sign that you care! If you don’t get nervous then that means you don’t give a shit! I don’t know yet what I want to be when I grow older. I needed to find out who I was before I knew what job I wanted to be in. I just want the vibes to flow because things got pretty dark for me back then.

Zoë B: What changed? How did you get from that dark place to where you are now?

Tommy: For me it all changed when I started going to a youth club. I used to be heavily into drugs, I was a street urchin! I was into crime and the people around me weren’t good people. And then I went to youth club and it all changed. There were these young, cool guys and they didn’t want anything from me. No money, no time, no nothing. They just accepted me and just wanted to be my friends.

It was a big shock because the people I’d been hanging out with, they would never have shouted me five bucks even for a pie! But the guys from the youth club, they accepted me just as I was and that changed everything. 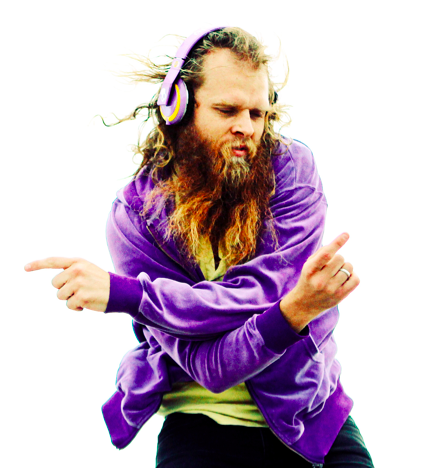 Zoë B: So, tell me about your skateboard accident.

Tommy: Basically I almost died, I almost lost my life! But I learned how to deal with fear and I learned that life is worth living. Fear is just ‘False evidence appearing real.’ When you come into contact with the eye of a tornado it’s supposed to be the most peaceful experience ever. The eye, the most destructive part, is peaceful. Like fear – stand up to it and it’ll be OK.

You know I grew up being bullied and I have a really bad memory. I’m a visual learner and I learn by doing not by hearing. I have emotional intelligence though. I’m not saying I don’t get insecure, these are all human aspects, but I’ve met a lot of people and I’ve learned from them. And if I had one message to spread to people all around the world this is it:

“You’re free to do what you want, when you want as long as you don’t hurt other people.”

Zoë B: You’re all about people being happy, why do you think so many people are unhappy?

Zoë B: What advice would you have for other people who find it hard to be happy and get sucked into the day to day issues like paying the bills and going to work?

Tommy: Just give a shoulder. Put the kettle on. Talk about it! Cry! Start with the cockroaches and finish with the butterflies. Talk about what you’re going through but then end on a positive, ya know! I saw this incredible experiment online and they asked people to write down a list of the people who made them the happiest and why. Then they had to call that person and read everything they had written down. It was amazing! People lost it! They let go; they let emotions out! There were tears!

We all have hard knocks. It starts with the small things. Show appreciation and gratitude. Don’t kiss ass, but give people compliments. The first thing people need to do is love themselves. I believe in the KIS method – keep it simple! All I want to do is change the world one smile at a time 🙂

Tommy Franklin, AKA the Dancing Man will be telling his story and teaching a dance workshop at Sydney’s Soul Sessions on Sunday 20 October.