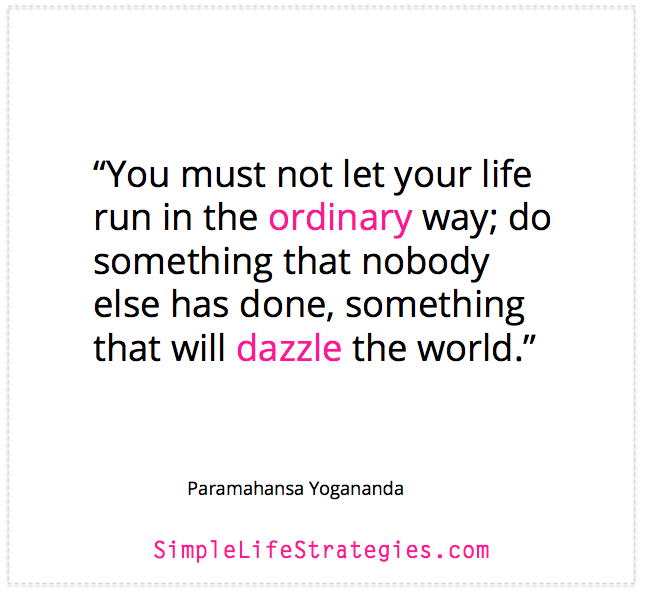 I recently read the last words Steve Jobs ever said before he passed away. And I have to say when I saw those words on paper, it gave me goose bumps and I decided right there and then that I HAD to write about this.

Steve Jobs was an enigma. He was quirky. I’d like to share a few little known facts about the man who pretty much changed the world with one small technological device.

Before I reveal his dying words, did you know that:

This man was not afraid to be himself.

And I guess this is the one thing I’ve learned about life:

The more we can be ourselves, the more fulfilled our lives will be.

The less we try to be like others, the less we have to ‘try’ to be something that we’re not. The more authentic we are, the more people are attracted to us, like a magnet, because they can sense that we really know who we are. The truth is, there’s nothing more attractive then someone who’s truly comfortable in their own skin.

So if you have weird & wacky habits that you try to conceal, maybe it’s time to bring them out of the closet! Maybe it’s time to screw it and be a bit more like Steve Jobs and be oblivious to what’s considered ‘normal?’ Maybe it’s time to embrace a little bit of you. There is only one of you after-all. Why waste it trying to be someone else?

Now I know by now you’re probably dying to hear what he said just before he checked out of hotel planet earth right? OK here goes…he actually only said 2 words – but he repeated them three times.

The last thing Steve Jobs said before he died was this:

I don’t know about you but these words sound like the words of one satisfied human being who has completely accepted his own mortality. Reading these words actually excited me about the prospect of dying. I know this is a weird thought to have – but it’s true.

When you have lived a life of no regrets like Steve Jobs did, death is not a frightening prospect. You’ve done everything you wanted to, you’ve squeezed every minute of life out of your days here on earth and you’re proud of not having wasted your precious life away.

You see, Steve Jobs had a lot to say on the subject of death. In-fact he used ‘death’ as a motivational force throughout his entire life. Each day he would get up, look in the mirror and ask himself this question:

“If today were the last day of my life, would I want to do what I’m about to do today?”

And whenever the answer had been “No” for too many days in a row, he would know that he needed to change something.

As morbid as it sounds the only certainty in life is death. And instead of viewing death as something to be afraid of, we have an opportunity to use it to our advantage.

We have the chance to use it to motivate us to take the leap out of our comfort zones and into the life we really want to be living – before it’s too late. Steve put this sentiment into his world famous speech for Stanford University and it is one of the many quotes that I personally use to live my life by. Whenever I have doubts about myself of what I’m trying to achieve in life, I often refer back to these words of inspiration. I hope they help you too: 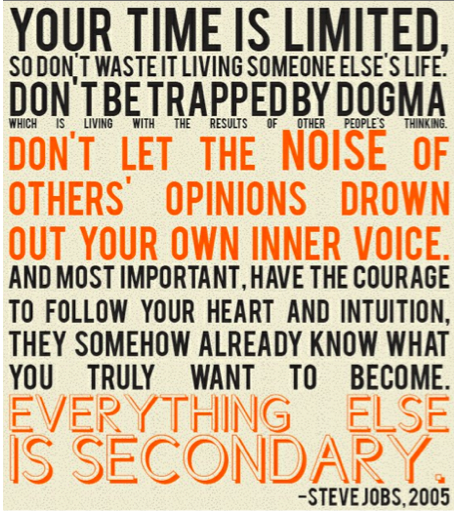 And it just wouldn’t feel right without ending this article with a few words from Paramahansa Yogananda – the inspiration behind the book Steve would read every year of his life ( I do too). If you want to be blown away by what’s possible in life then for sure get your hands on a copy of Autobiography of a Yogi. Best. Book. Ever.

“You must not let your life run in the ordinary way; do something that nobody else has done, something that will dazzle the world.” Paramahansa Yogananda

To a more passionate life!