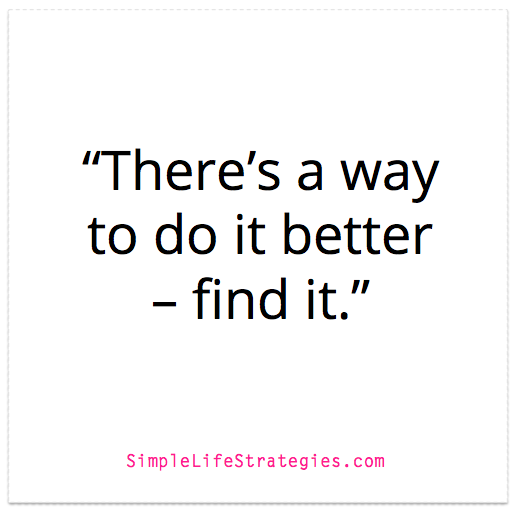 Here’s a small fact you may not know about me.

When I was at university in London (a wee while ago now ☺) I was a student of Innovation Studies.

We looked at how different cultures innovate, what breeds innovation and what stifles innovation.

It was fascinating stuff.

Before I share with you one of the most interesting things I learned about Innovation, and how Steve Jobs himself, took advantage of this little-known fact to turn Apple into one of the biggest global companies of all time…let’s talk about why innovation is important.

In my opinion, the process of innovating, of creating something new, is an intrinsic part of your self-expression as a human being.

And as human beings, self-expression is a core determinant of our intrinsic level of happiness. What this means is, if we’re not expressing our unique talents, gifts, and abilities in some way, we are stunting our own personal growth, which can result in a distinct feeling of being ‘stuck in a rut.’

Here’s the interesting thing about innovation – it’s born out of our difficulties. And in-fact, it’s very difficult to innovate when everything is going well.

Because when we’re kicking all of our goals, it becomes rather easy to get complacent…there’s no urgent need for us to think up new ideas or new ways of doing things.

Ultimately, we get lazy.

It’s only when the shit hits the fan, that we are forced to innovate, to find another way of doing things.

Did you know that the industrial revolution was born out of the great depression? Some of the last century’s most innovative discoveries like the steam engine and the automobile were born out of a nation-wide depression!

The truth is, many of the most successful companies and products in the world, were launched during recessions.

In 2001, during an economic downturn, Apple launched their first version of the iPod. Not only were they launching a product that completely disrupted all competing music devices, but they were also entering a completely new market! Before 2001, Apple was only known in the Computing industry – they had no experience in the music industry.

The point is, this: when we’re on struggle-street, we’re highly motivated to get a little bit more creative than usual. It’s like ‘do or die.’

And I think we’ve all been in this kind of situation before…we get frustrated because something doesn’t work very well. And this frustration fuels our desire to create a better version.

In-fact did you know that the only reason Apple even decided to create a portable music device was because their tech team randomly discovered how poor all of the existing portable music players were? On cue, Steve Jobs asked his top tech guy to see if Apple could do better.

And hence the iPod was born…during a recession and out of necessity to improve the poor products that already existed.

SO. MANY. SUCCESSFUL. BUSINESSES and CAREERS are born this way.

If something isn’t working for you, then guess what? Fix it! Find another way!

I have seen this with the development of my own business for sure. I became so annoyed with the lack of strategic thinking around how to find and do work that you love, that I felt compelled to create my own process.

It just bothered me too much to do nothing about this. And so my frustration became a powerful motivational force to propel me forward to create something better.

The thing that excites me most about this notion that innovation is fuelled by challenges is that it helps you to face your problems in a more positive, constructive way.

Now, when I hit a road bump or a hurdle, instead of allowing it to drag me down into the doldrums, I remind myself that this is an opportunity to innovate! This challenge is a blessing in disguise because it will give me the kick up the bum to find another way.

And only by finding another way, do we create something that no one else has done…which in turn allows us to express ourselves in a unique way.

And thus…the cycle of innovation and self-expression is complete.

And we feel good for a moment. Until the next challenge that is ☺

How can you take a problem that you’re facing right now and use it to innovate? I would LOVE to hear in the comments below so don’t be shy ☺

With love & innovation,
Zoe B

PS Did you come along to my NEW workshop yet? It’s 100% free and you can register to ‘Discover your Key Passions’ >>here. Who knows it may even spur you on to get a little innovative ☺